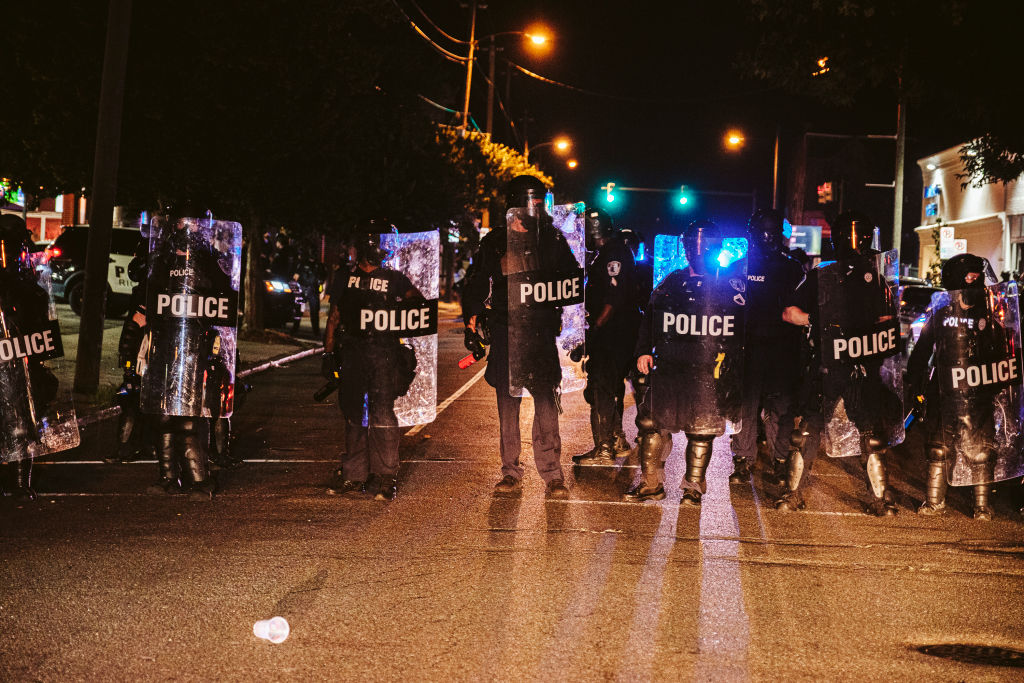 The recent riots that took place in Richmond, Virginia were instigated by white supremacists who were posing as Black Lives Matter protesters, according to police.

Over the weekend, protesters set a city dump truck on fire and tore down police tape in what law enforcement described as an “unlawful assembly,” billed “Richmond Stands With Portland” which resulted in tear gas being used, NBC 12 reported. Bricks were also thrown at firetrucks and restaurants.

Demonstrators protest against police brutality for a second day following a night of confrontations between protesters and riot police on May 30, 2020 in Detroit, Michigan. (Photo by Matthew Hatcher/Getty Images)

Black Lives Matter protesters were thanked by Richmond mayor Levar Stoney for trying to de-escalate the confrontation after “24 consecutive days of peaceful protests.” Stoney admonished those who participated in “threatening” lives and destroying property.

“You know, here in Richmond our standard for protest is that all groups walk away safe,” Stoney said during a Sunday night press conference. “But protesters having expressed their discontent, and the officers having supported that peaceful expression of their First Amendment rights. That’s not what happened last night.”

Six people associated with right-wing hate groups were arrested. Two were charged with felony assault on a law enforcement officer and felony possession of a firearm while rioting. Four others were brought up on unlawful assembly.

Richmond Police Chief Gerald Smith identified the individuals as Boogaloo boys, a loose organization of anti-government extremists, and some others associated with Antifa during the press conference Sunday. The majority of the protesters were white and came from outside of Richmond.

The police chief added that police were “utilizing a lot of video to identify people.” He also pledged to support the stores that were damaged in the riots. Graduate Richmond, the Village Cafe, Chipotle, Noodles & Company, Panda Express, Rick’s Pizza and SWEAT in the Fan are some of the businesses that were caught in the melee.

“We still stand with them and we hope that they continue to stand with us,” Smith said. “And know that we are not necessarily laying down on this — we’re not. What we are doing is doing vigorous investigations to identify these individuals to hold them accountable for everything that they did.”

Have you subscribed to theGrio’s podcast “Dear Culture”? Download our newest episodes now!

The Cat I Never Named