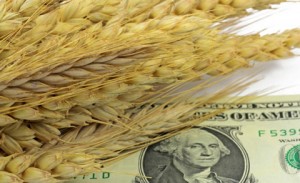 If you’ve been paying attention since the beginning of 2020, you knew a food crisis was coming. The media and ruling elites are just now beginning to warn that they are causing a “food crisis”, the worst of which has not been seen since WWII.

Of course, they are failing to blame the immense inflation on the fiat currency creation, and instead are resorting to blaming the conflict between Russia and Ukraine for the problem. The U.N. food chief warned Tuesday the war in Ukraine has created “a catastrophe on top of a catastrophe” and will have a global impact “beyond anything we’ve seen since World War II” because many of the Ukrainian farmers who produce a significant amount of the world’s wheat are now fighting Russians, according to a report by Time Magazine.

David Beasley, executive director of the U.N. World Food Program, told the U.N. Security Council that already high food prices are skyrocketing. The war in Ukraine is turning “the breadbasket of the world to breadlines” for millions of its people, while devastating countries like Egypt which normally gets 85% of its grain from Ukraine, and Lebanon which got 81% in 2020, Beasley said.

Russia is blaming the West’s sanctions for the food crisis. Russia’s U.N. ambassador, Vassily Nebenzia, retorted that the Russian military is “posing no threat to the freedom of civilian navigation.” He said that Russia has set up an 80 nautical-mile-long humanitarian corridor to allow foreign vessels to leave Ukrainian ports and that it is organizing humanitarian corridors every day within Ukraine to Russia and the West. “The real reasons why the global food market is facing serious turbulence are by no means in the actions of Russia, (but) rather in the unbridled sanctions hysteria that the West has unleashed against Russia without considering the population of the so-called Global South nor of its own citizens,” Nebenzia said.

Regardless, neither of these is fully to blame, both only added fuel to an already burning fire. Food was getting scarce and prices were climbing noticeably a year ago, and much earlier than that for some in certain areas of the world.

Continue to prepare until you cannot prepare anymore. Get what you need because it sure looks like there will be a time in the near future, when you cannot anymore.